The Youth Liberation Front (YLF) makes the following call for a day of action in solidarity with the ongoing resistance in Portland. 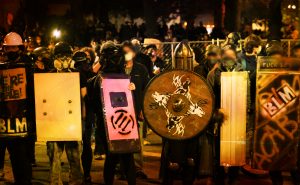 On July 25th, youth abolitionists are calling for a national and global march against the institution of policing. We are demanding justice for George Floyd, Breonna Taylor, Stephon Clark, Philando Castille, Eric Garner, Quanice Hayes, Patrick Kimmons, Sean Monterrosa and the thousands more taken by the hands of racist police. Time and time again, the neo-liberal state has offered promises of “reform” with no real action ever taken. The time for discussing reform is over, we need full abolition for our communities to be safe and free from rampant police terror.

We are calling on all abolitionists, youth or non-youth, to coordinate mass protests on July 25th to show the world that the fire of this uprising is still burning strong, and that flames will just keep getting bigger until the police state has been dismantled once and for all.

This call to action comes right after Trump has announced he will be sending the federal troops that have been occupying Portland, Oregon, all across the nation. The Federal Government has already waged war against Portland, which has been protesting everyday for 50 days straight, and now feds are going to war against protesters everywhere in an attempt to take control and snuff out the fire of this uprising. We must become more powerful than them.